Boatasy lazy line mooring GHOOK has been developed to help crew during the transfer of a lazy mooring line.
This lazy line mooring system is particularly popular throughout the Mediterranean especially with stern to mooring, also known as Med mooring.
No more dirty hands, no more cuts and no more mud on the deck!
The innovative rotating G-shaped hook is your new crew member that does the dirty job!
Rather than sliding the lazy line, which is usually covered in seabed grime and sharp barnacles, through your hands, the GHOOK's wide rotating wheel quickly and effectively moves even the most overgrown mooring lines without contact with hands or deck.
The GHOOK consists of a handle with an integral rolling wheel and a safety latch.
The float lanyard included can be attached for even easier handling.
Due to its simple operation, it can be used by less experienced crew members and on many types of boats.
The GHook has been nominated for the DAME award which is judged by a panel of top naval architects, boat, interior, and industrial designers, plus user experts.
To win a DAME Category and then to attain the ultimate prize of DAME Award Overall Winner is widely recognised as having reached the pinnacle of design practice for marine equipment. 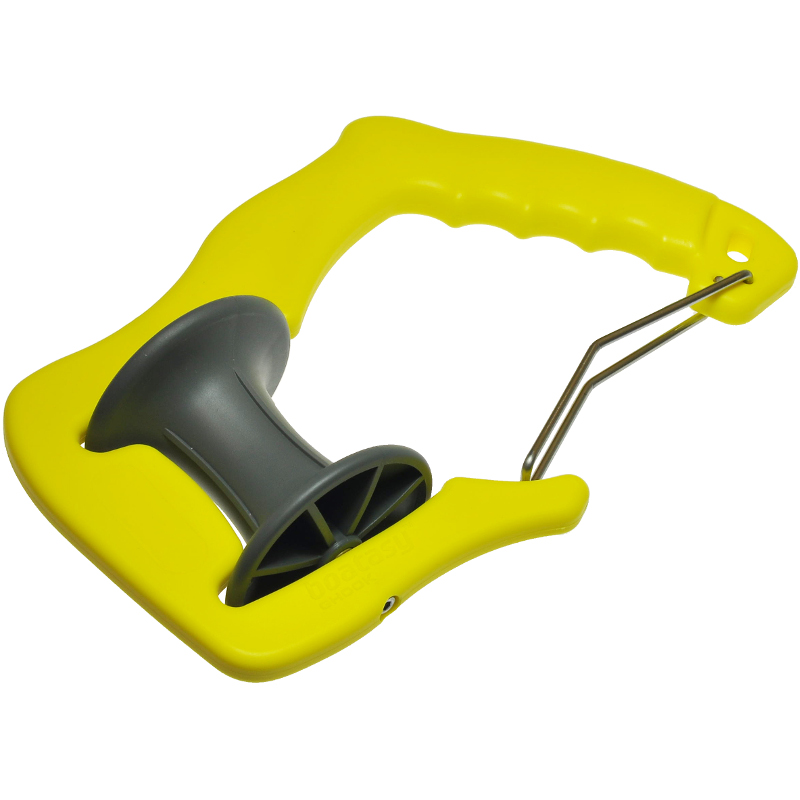 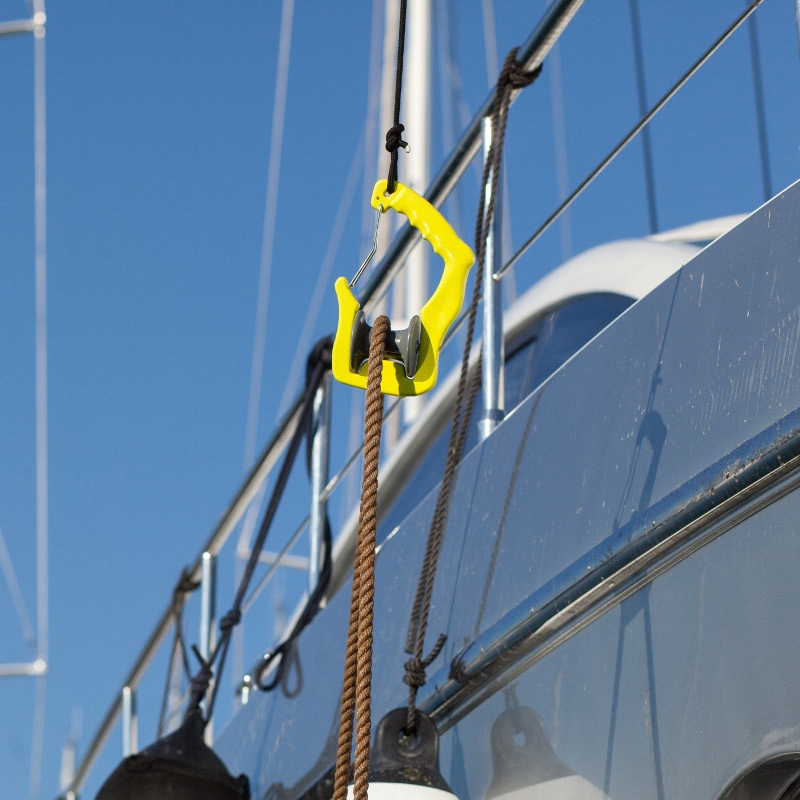 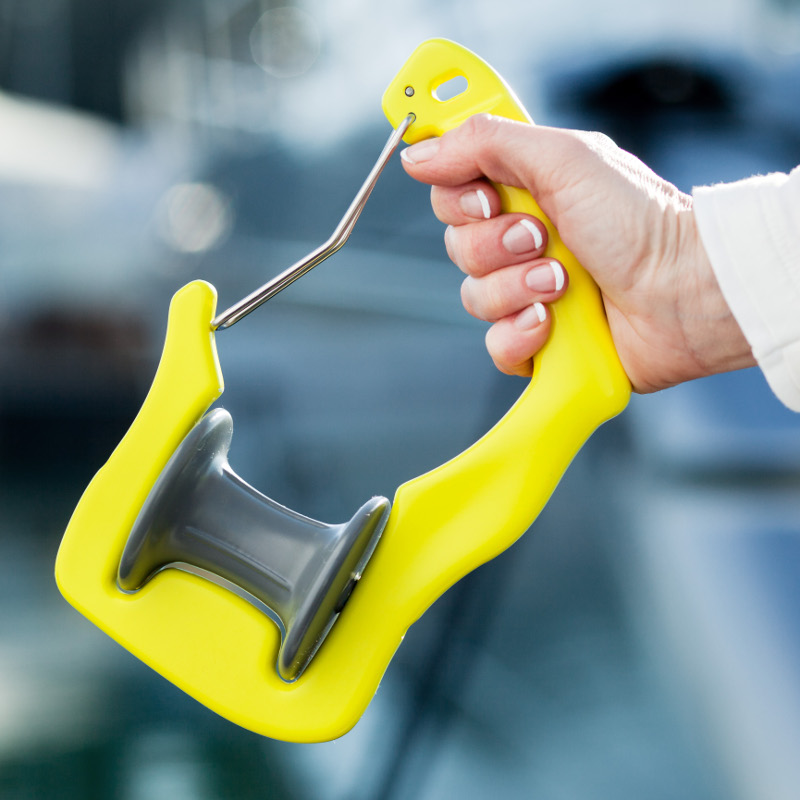 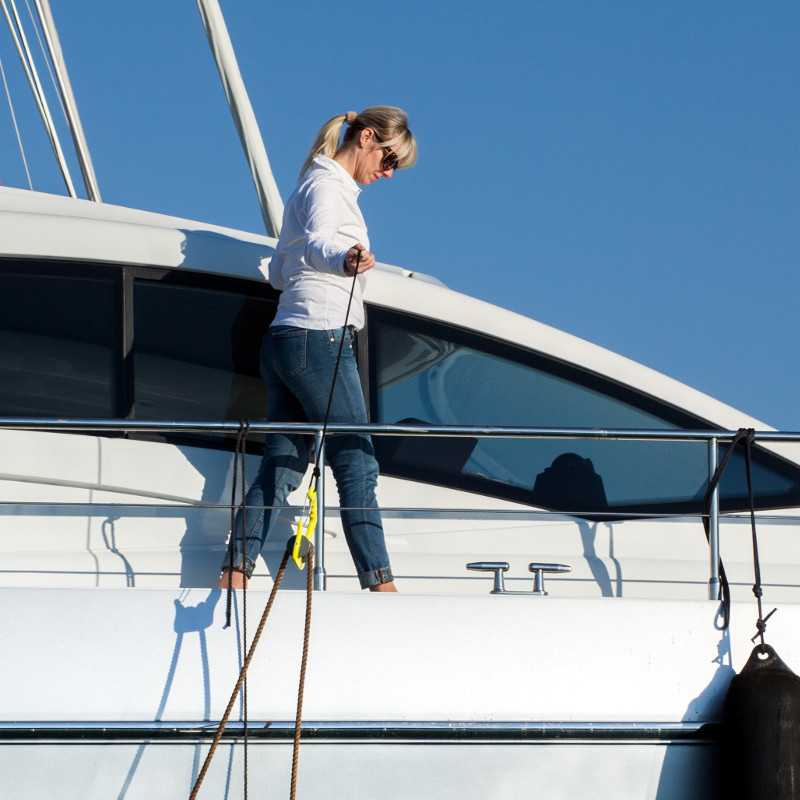 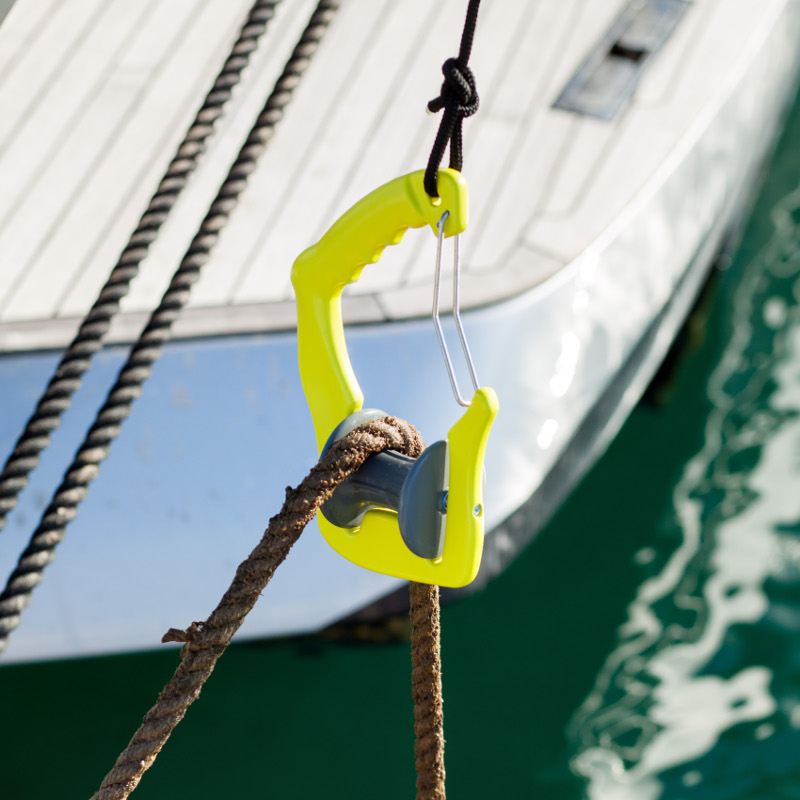 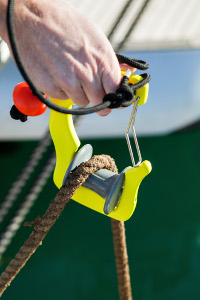 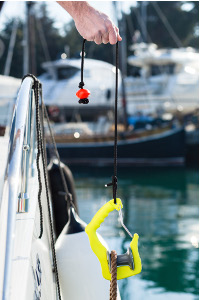 Allows one-handed use
GHOOK is designed to be used with one hand only. The free hand can be used for better stability, increased safety and faster movement. GHOOK can be connected and used together with a traditional boat hook. Picking the lazy mooring line from the pier with GHOOK is easy due to its adapted shape. Once completed the user can quickly separate the GHOOK from the boat hook.

Protects hands from injuries
GHOOK enables transfer of the mooring line without touching it. Keep your hands clean and forget about cuts and scratches. The GHOOK’s ergonomic handle provides the best grip possible allowing you to use it with one hand only.
The GHOOK’s safety latch prevents the mooring line from slipping out of the GHOOK during its transfer.
The lanyard included comes with a floating ball for better grip and security.

3x faster mooring
When compared to traditional mooring, using the GHOOK accelerates the mooring process by up to 3 times.
GHOOK’s rotating wheel is designed to minimize friction and provides the fastest possible transfer of even the most overgrown mooring lines. The mooring speed is particularly crucial in windy conditions, which can cause drifting, possible collisions, hand injuries or at the very least a lot of stress! For that reason, the GHOOK is designed to provide the optimal speed and strength performance. Special attention went into minimizing the friction caused by overgrown ropes … algae and barnacles are no obstacle to the GHOOK. 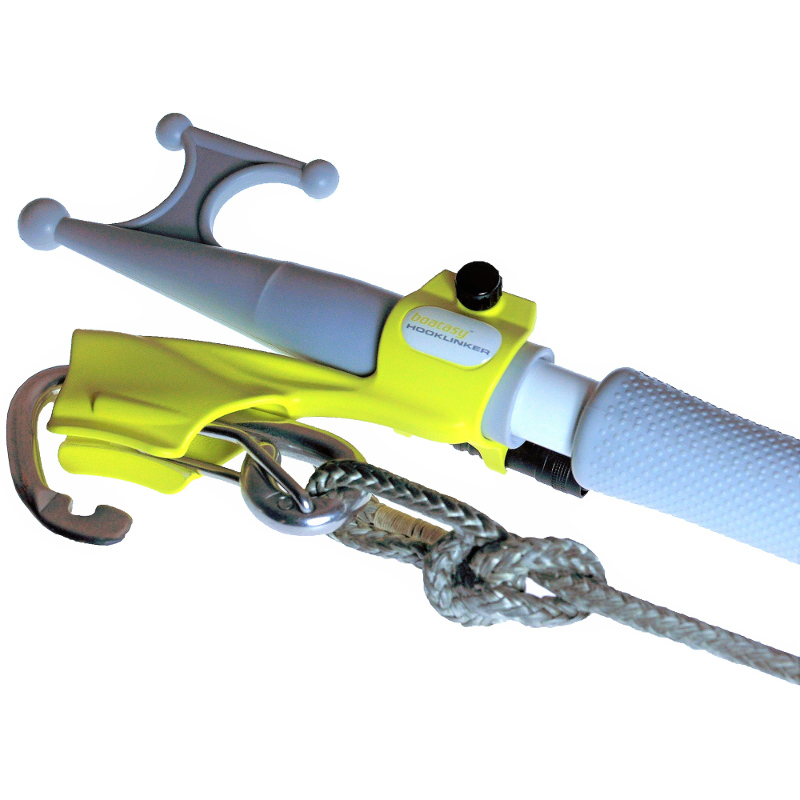