Forged CE stainless steel Allen pin long D shackle.
The head of the pin does not stick out from the shackle's body, thus eliminating any risk of snagging.

Hot dropped forged from a single piece of stainless steel, adding strength and consistency of manufacture for total security and reliability. The technical characteristics of every Shackle is closely controlled and tested before, during and after the manufacturing process.

CE marked in accordance with the Machines Directive 2006/42, these Wichard products can be used as lifting accessories. Each product displays the following information: 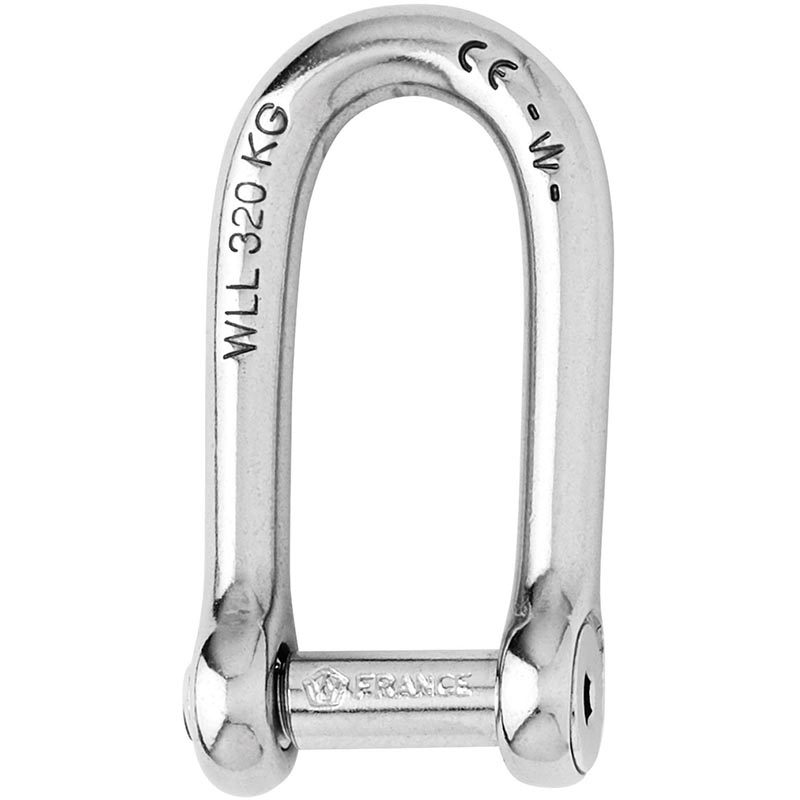 Load definitions:
Working Load (WL) = Static load at which the product will still function without excessive friction or wear or permanent deformation of components.
Breaking Load (BL) = Static load at which a major failure of one or more structural components or complete destruction of the product.
Working Load Limit (WLL) = 5:1 safety factor of the breaking load, used for industrial applications.
The Forging Process

Wichard forges its parts by drop forging, using a forge hammer: an operation which involves forming a heated slug under pressure between two dies.
This technique makes the structure of the metal homogeneous and gives the part strength and elasticity.
The parts are then finished and tested prior to being sold.
Forging guarantees the elasticity of the product, its resistance to corrosion and strength, while optimising the size of the parts.